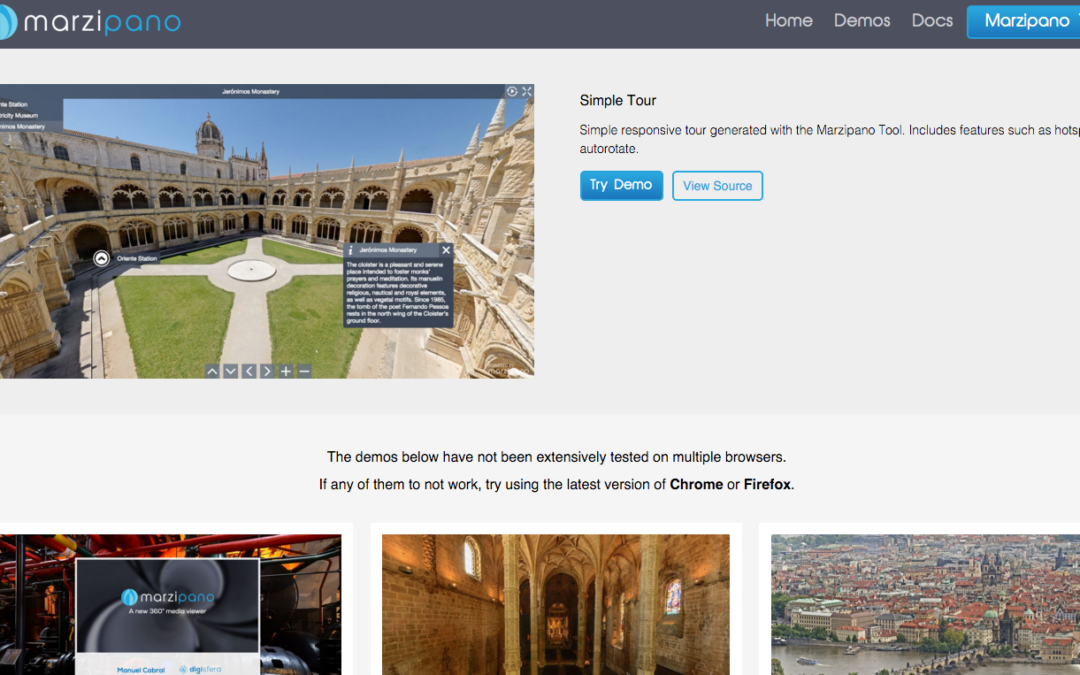 Google has acquired Digisfera, a startup focused on panoramic images. Digisfera’s employees will be joining the Street View team at Google “to continue building great experiences using 360° photography.” Financial details of the deal were not revealed.

Update: Google confirmed the acquisition of Digisfera with VentureBeat but declined to share any particulars regarding the deal.

Founded in January 2011, Portugal-based Digisfera describes itself as a company that provides “photography, design, and development services for projects involving 360° images.” The startup has undertaken many panoramic projects over the past five years, including photographing the inauguration of U.S. president Barack Obama, the Maracanã Stadium in Rio de Janeiro during the 2014 World Cup in Brazil, and the 2014 Winter Olympics in Sochi, Russia.

In addition to projects, Digisfera has also developed two sets of tools. PanoTaglets developers add tagging functionality to their apps, and Marzipano processes your panoramas and exports them as 360°  images, viewable in your browser.

Google is discontinuing PanoTag; Digisfera engineers will be working on Street View instead, and so “it will no longer be possible to keep developing PanoTag.” New customers are no longer being accepted, and the PanoTag servers will be taken offline on October 31, at which point apps that depend on them will stop working.

Google plans to open-source Marzipano “in the coming weeks.” According to Digisfera, the hope is “this will benefit the panoramic photography community.” Here are the tool’s main features:

Digisfera was founded by António Cabral and his son Manuel Cabral. It is not currently clear if both will be transitioning to Google.

Here is the announcement in full:

We’re excited to share that Digisfera is joining Google. We started Digisfera almost five years ago and have had the opportunity to work in many interesting projects involving 360º photography over the years. We’re excited to join the Street View team at Google to continue building great experiences using 360° photography.

As we move on to our next adventure, it will no longer be possible for us to keep developing PanoTag, so it is being discontinued. We are planning to open-source our Marzipano viewer in the coming weeks and hope this will benefit the panoramic photography community.

Thank you to all of our customers and friends who have supported us along the way!

We have contacted Google for more information about the acquisition and will update you if we learn more.